Why did you write the book? Was it difficult to find out what exactly happened after all these years?

“I felt someone needed to give a tribute to my father for his immense contribution to Gucci, the Made in Italy phenomenon, and our family. The book’s title was designed to evoke sanctimonious gratitude for all that he did, much of which had been swept under the carpet by those who succeeded him.  Without Aldo Gucci, the brand would have likely remained an undistinguished single-store reality in Florence and Italian artisanship might have lingered in becoming the globally recognized industry it is today. Even though a Gucci museum commemorates much of its history, most people are unaware of the company’s family roots and how the business evolved over the years.  Through research and conversations with my mother I was able to bring a personal dimension to the story, which hitherto was unknown.”

Did your views about the past change after writing the book and in what way?

“Yes, some of my views changed but mostly I would say my views were reinforced. Writing the book gave me a deeper understanding of my mother, whose actions and behavior were often perplexing when I was growing up.”

Do you still have contact with your half brothers and/or other family members? How did they react and what did the company think of the book?

“My only surviving half-brother is Giorgio, now in his 80’s.  I have had no contact with him, or the rest of the Gucci family, in years. The Gucci Company, now in French hands, surely knows about the book but no one has been in touch to either endorse or condemn its publication.”

Did you leave out certain issues or was it your intention to write down everything exactly the way it happened?

“I had a lot of material to syphon through and it was impossible to include everything within my publisher’s guidelines. The final manuscript was whittled down from hundreds of pages that delved into family dynamics and the socio-political backdrop spanning from the late nineteenth century to the 1990s. Ultimately I wanted a dignified product that underscored the more uplifting aspects of our family rather than the drama that has plagued Gucci over the years.”

This is a book about love but also about betrayal. Paolo, your half brother, sold his shares to his nephew Maurizio who dismissed your father, while your father helped him in the past. Paolo was at war with your father because he was not allowed to develop his own ideas and secretly recorded a board meeting and started lawsuits. Your father gave his shares to his two other sons Giorgio and Roberto but they made a deal behind his back with Maurizio who sold the company your father created to foreign investors. What caused all this betrayal? Your father was a very demanding man but he did not see this coming. How was this possible?

“Greed – pure and simple.  By the 1980s Gucci had become hugely successful and that went to everyone’s head. The only one who took the long view, and made decisions in the interest of the family as a whole, was my father.”

Your father had a hard work ethic, was a visionary, had guts and an eye for detail and quality. One of the quotes of your father was: “Quality is remembered long after price is forgotten’. Do you still think his influence can be felt in the present company?

“A more suitable slogan for Gucci today might be: “Sensationalism is remembered long after price is forgotten.” Gucci customers don’t praise quality like they used to; it’s more about show and originality.”

How did the book affect your mother? What is she doing now?

“My mother would have preferred that I not write the book in the first place. She is impossibly private and still isn’t comfortable with the idea of her story going public and has only read excerpts of the book. It’s difficult for her. With that said, we are closer than ever.  We speak for an hour on the phone every day, about her life in Rome, Italian politics or her granddaughters. She has mellowed with age and is able to laugh at life. Our relationship is the best it has ever been.”

Your parents eventually got married in 1981 but was your mother tormented by the fact that she was not your father’s lawful wife for so long?

“There were many things that tormented my mother but not being my father’s lawfully wedded wife was not one of them. She had always accepted the fact that my father was a married man and never expected to replace his first wife.  When they finally wed in Palm Springs, I think it meant more to my father than to my mother although there’s no denying that she was in shock (as was I) when he proposed.”

You have lived in several countries during your youth, the UK, Italy, Switzerland, the USA. You became a kind of a gypsy. How did this effect your life? You have the Italian and British nationality. Where do you feel most at home?

“Yes, I grew up here and there and that had the effect of feeling at home nowhere and everywhere. Culturally, I am as Anglo-Saxon as I am Italian, so being a dual national suits me just fine.”

Your mother and grandmother had predictive dreams. Do you believe in this and do you have such dreams too? She had a spiritual coach Sari Nandi. How important was he for her?

“My mother is definitely a psychic.  Her connection to the spiritual world is something that was passed down by my grandmother and later reinforced by her guru and mentor, Sari Nandi – an important figure during a difficult moment in her life. Whilst I do not have the kind of foretelling dreams my mother has, I do feel guided by spiritual forces.”

When your father was age 81 he had to go to prison for one year because of a supposed tax fraud. He was not the architect of the fraud but in the eyes of the American judge he was one of the people who benefited from it. How did prison time affect him?

“There was no escaping the company’s tax fraud culpability and, as the green-card holding Chairman, my father had to take the fall. Never mind that he was poorly advised and that his own son uncovered the fiscal irregularities that led to his sentencing.  His incarceration had a profound affect.  For the first time in his life he was not in control and, at the age of 81, was faced with his own mortality.  He reflected on God and that which mattered most to him, emerging with a new perspective.”

At age 15 you were included in company events. At 19 you were a member of the board.  You also modelled for Gucci and presented a ready-to-wear collection with great success. You then became Creative Director of Gucci UK, Hong Kong and Tokyo. Do you miss being part of the Gucci company?

“As a teenager, I did as I was told.  By the time the company was sold I was 27, with two young daughters and busy raising a family. My time at Gucci was definitely exciting and I learned a lot but I can’t say I miss it.  Besides, Gucci as a family business was one thing; today it’s an entirely different ballgame.” 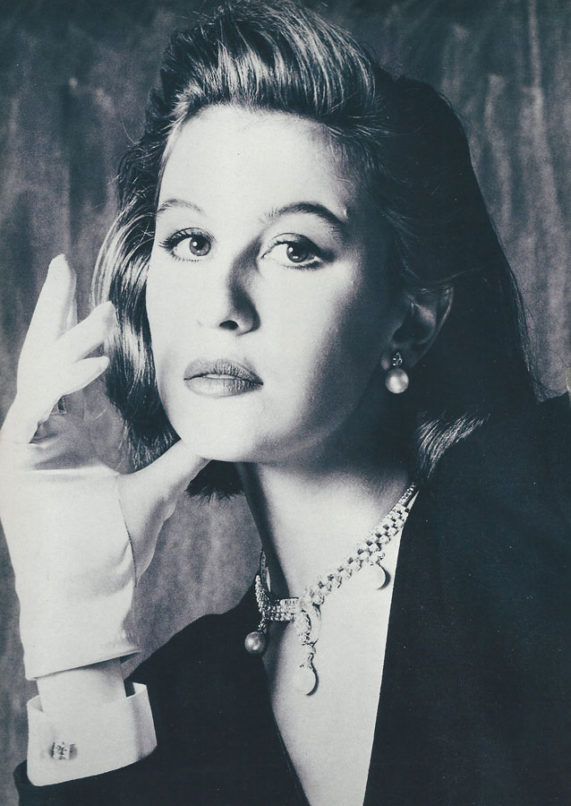 You had to sign a non-compete clause of 10 years, when your father finally sold his shares to the investment corporation. In this time you were also not allowed to write a book. What did you do during those years?

“I divorced shortly after my father died.  I wanted to distance myself from the past and set my sights on new horizons. I moved far away – to California – and raised my family.”

It must be annoying for you that Maurizio’s ex-wife, a gold digger, also has the name Patrizia Gucci. One of her quotes is: ” I’d rather cry in a Rolls-Royce than be happy on a bicycle.” She hired two hit men who murdered her ex-husband. She then was sent to prison for 16 years. Do you know what she is doing now?

“I was baptized with the name Patricia, with a ‘c,’ so any confusion with Patrizia – with a ‘z’ – is an unfortunate coincidence but she was born Reggiani, not Gucci.  I know she was recently released from prison but aside from the odd interview that comes out now and again, I have no idea of what she is doing. It’s fascinating to me that, after murdering my cousin and spending all those years behind bars, she can still talk about the past without some sense of remorse or humility.”

“Even though my brothers had received their fair share during their lifetimes, they were not happy with the will. My father’s decision most certainly was down to loyalty; had he not been betrayed by his sons, it’s safe to say there would have been an entirely different outcome.”

What are your future plans? Are you going to write more books?

“I am working on a number of projects. We will see where they go.” 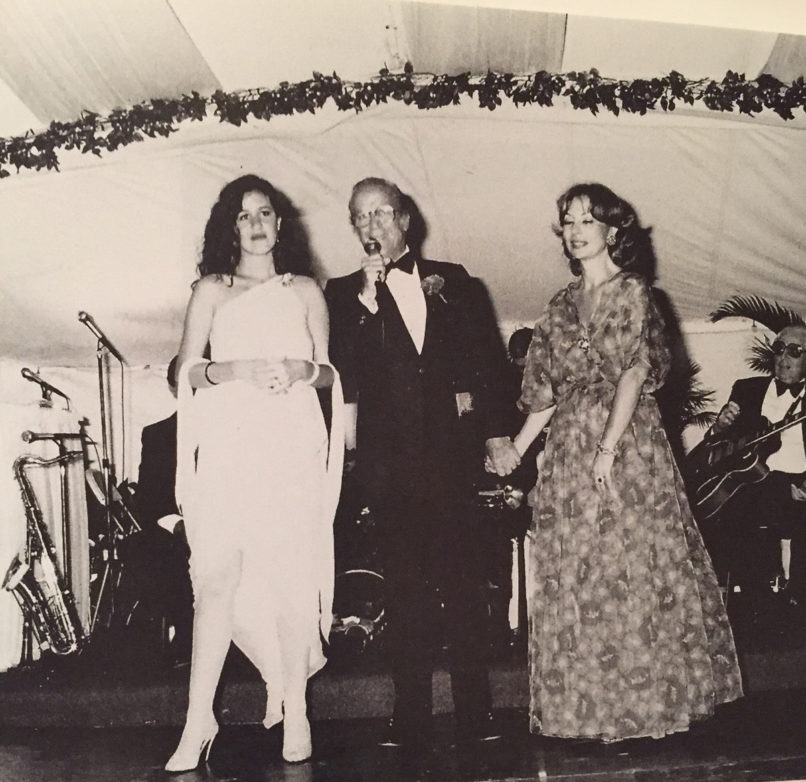