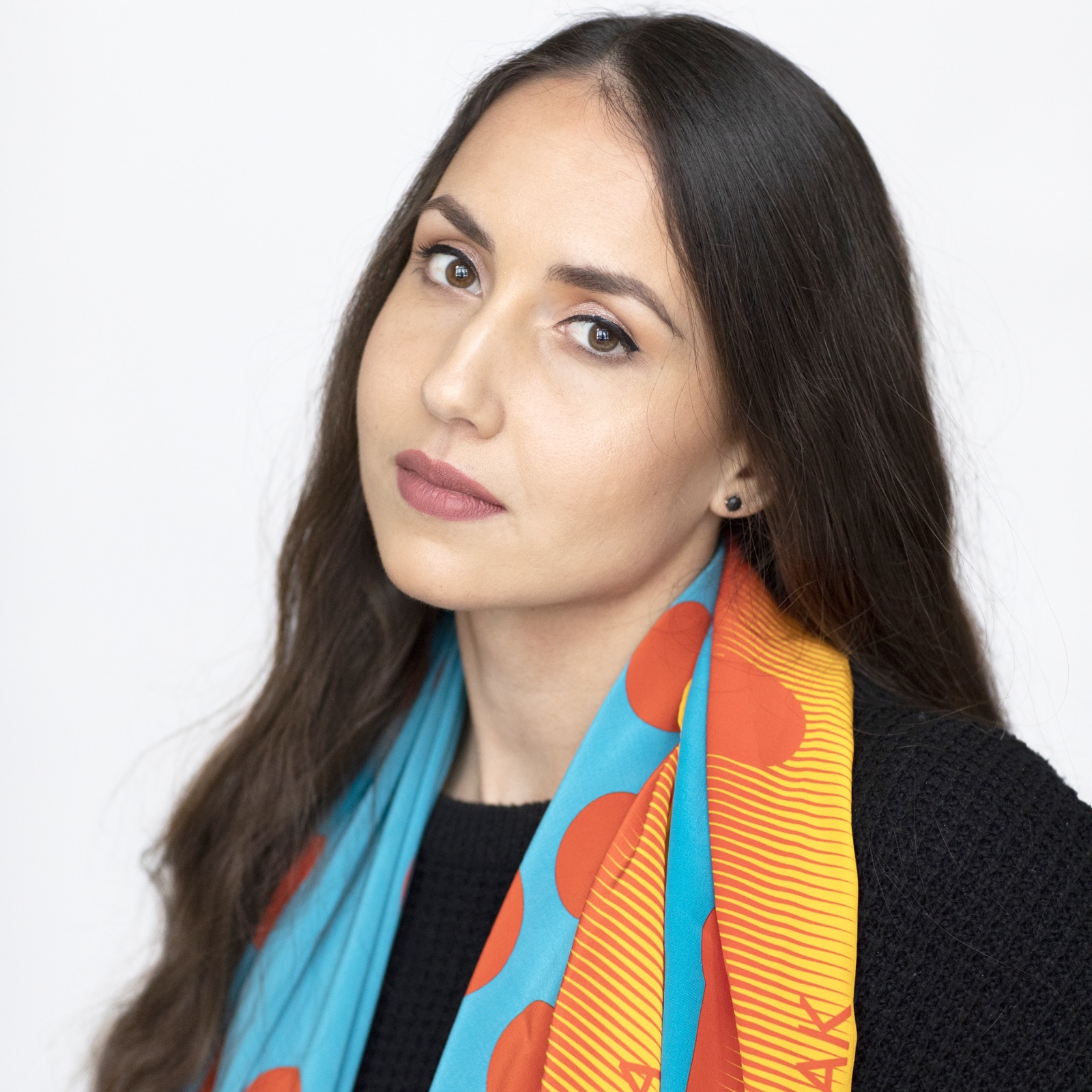 Could you explain to us what has happened to you, and how you dealt with it?

In December of 2016 I was out skiing with friends. At a certain moment I was alone at the ski slope and wanted to go for one more run. That’s when I fell. It all went really fast, it happened in a matter of seconds. I cannot remember what went wrong exactly, but I think I fell because there was more ice than snow, which made me lose control. I landed on my back, and broke it in three different places. I could not get up, so I lay there struggling. Because of the severe pain I immediately knew it was something serious. The memories about what happened after the fall are blurry. I kept telling myself that it would be okay; that I would be able to walk again, and dance again. I do not know where this came from, but I guess it is some kind of urge to survive.

Do you still have that?

Less. I think it was a phase. The accident happened in 2016, that is almost two years ago now. Time flies. But with december coming up, a lot of the memories are also coming back. Especially when I see old pictures, in which I could still walk.

So this is a rough period of the year for you?

Yes, I find it difficult.

Are you still hoping for medical improvement?

There are different types of paraplegias. It depends on how severe the damage is in the spinal cord and the nerves. In my case, the damage is so severe that they do not believe there will be any improvement. But I will not give up hope. Who knows? Maybe in ten years. It may come sooner or later. I would be happy even to be able to move a toe. Walking again is something I sort of stopped wishing for.

How did it go when you came out of the rehabilitation center after 6 months?

Suddenly it became very clear who was going to be there for me, and who was not. I lost some friends. It was also really hard to find a place to live. The Dutch healthcare system is way less good than everyone thinks. People still seem to think that if you are handicapped, everything will be arranged for you. But that is not the case. You have to go to extreme lengths to get something done. When I came out of the rehabilitation centre, I was basically homeless and was left out in the cold. I even lived in someone’s shed for two weeks, just because I had nowhere suitable I could go. Eventually, I arranged that I could go to an institution for people with severe brain damage. I did not fit in, of course, but I had to go somewhere. I was lucky that someone there wanted to help me after hearing my story. It gave me at least a temporary home. I ended up staying there for six months, because the municipality did not want to help me find a place. They did not consider my case as ‘urgent’ enough.

Yes. Apparently, I became handicapped when I was too young. At that age, they expect your family will take care of you. But I did not have this safety net. On top of this, I just graduated, so did not have a job yet and thus no income. I seemed to be always in the middle, never ticking any boxes which would grant me help. At some point, this made me burst into tears during an appointment at the housing corporation. The guy who was sitting across from me was approximately my age, and has helped me a lot. We eventually went around all the rules. At some point I think he even risked his job. If they knew what he was doing, he would have lost it. That’s just how the system works. It’s not right. Now I live in an adjusted apartment and am very happy. I can manage to live there by myself.

Did you lose a lot of friends because of the accident?

The closest friends are still there, but the our relationship has changed. I was usually the one who would visit people, or do something for them, but that is no longer possible. When something like this happens you find out who will remain, and that is usually not a lot. I understand why, it is hard. People do not know how to deal with me. I learned to cope with this. Everything is relative. People only see their own world and everyone deals with setbacks in their own way.

Me, I find it hard to deal with people who do not appreciate the small things in life. I try to emphasize this in conversations as well, because I find it such a shame if you let those things go by, or cannot enjoy them.

Are you mobile? Or do you always have to rely on others if you want to transport yourself?

I use taxis a lot when I have to go to the hospital, or to school. But I do not go outside very often. My freedom has been limited quite a lot.

Before the accident you were sometimes doing modelling jobs. Are you still involved with fashion and clothing? What keeps you busy these days?

I still find Fashion important. That’s why I want to start a business that makes suitable clothing for people in wheelchairs. Clothes that are both beautiful and practical are hard to find. For example, if I put on a pretty dress, I do not know whether the material fits, because I do not feel the fabric around my legs. You can even get wounded because your skin is sensitive to a certain material. Currently, I wear a lot of leggings and sweaters, because they are comfortable. Putting on, or taking off clothing takes a lot of effort. Of course this is a luxury problem, because it is not one of the prime necessities of life, but it does have a lot of impact on your self-image. Sometimes you just want to feel pretty.

Do you think about that a lot? Designing this type of clothing? Because everyone has a different handicap.

Yes, some can move their leg, or can feel their bladder, while others can not. It has to be very custom-made, and that usually costs a lot of money. I have thought about that. With an adjusted sewing machine, one where I would not have to use my leg, I could make these clothes myself. I would like to do something with that idea in the future.

Do you have more plans?

I am currently busy getting my master’s degree. I studied textiles, and would like to go further with that. When I graduate, I would love to work in a big company for a while. But I am now in a phase where I have to figure out what is doable for me and what is not in terms of energy and possibility, which is sometimes hard to estimate.

Are you still in pain?

I was pain-free for quite a while, until I started school again. I have eighteen pins in my back, and those are hurting me now.

Because you went back to school?

Yes, I have to sit still the whole day because I have to follow classes and I have to get in and out of the taxi. That kind of movement is bad for my back.

You must be an incredible go-getter, I can hear that.

Apparently, yes. I did not expect that of myself. But once you are forced to go into a survival mode, you find out how much you are capable of. If someone would have told me that I would end up in a wheelchair, I do not think I would have thought I could cope with that. But I have come far. It is possible. 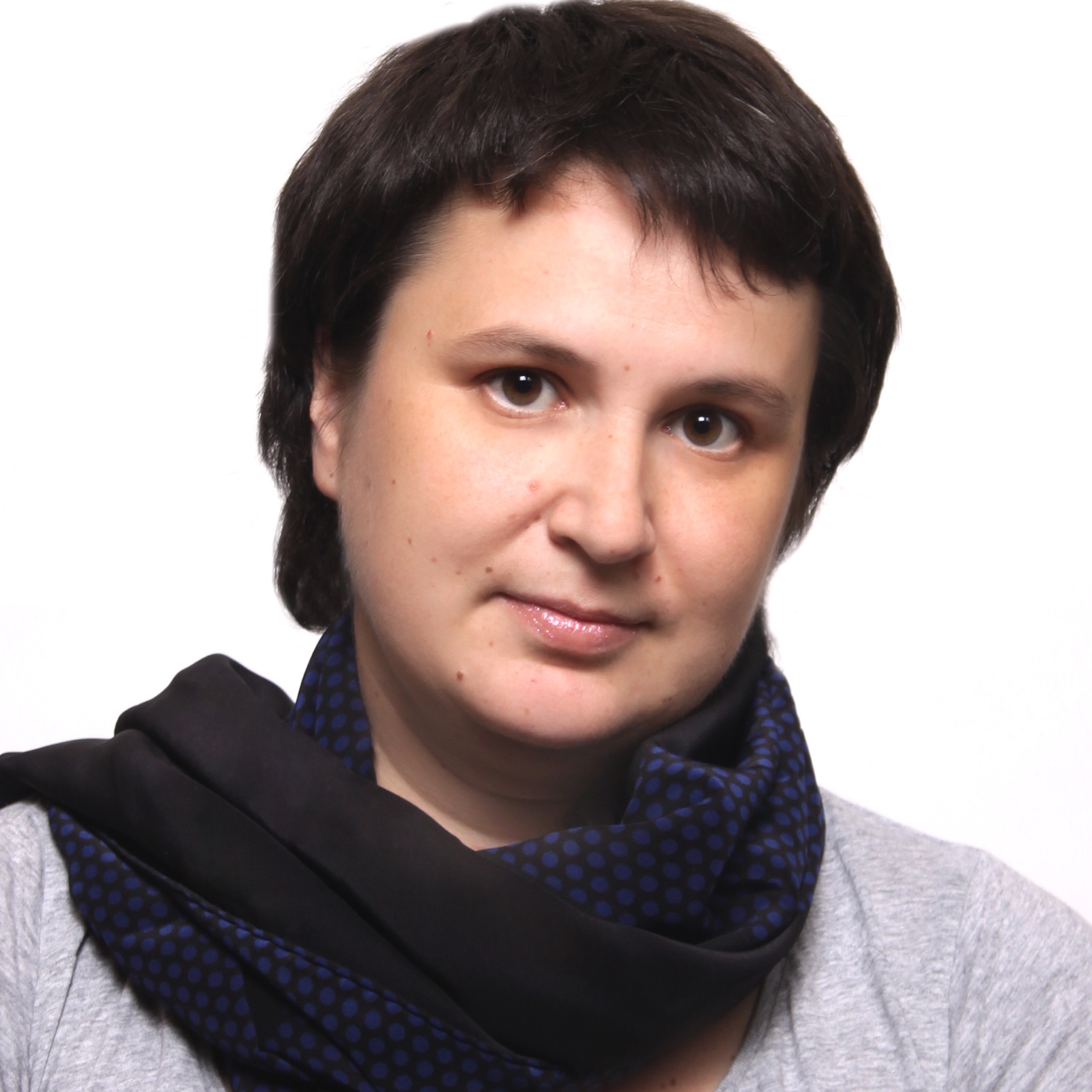 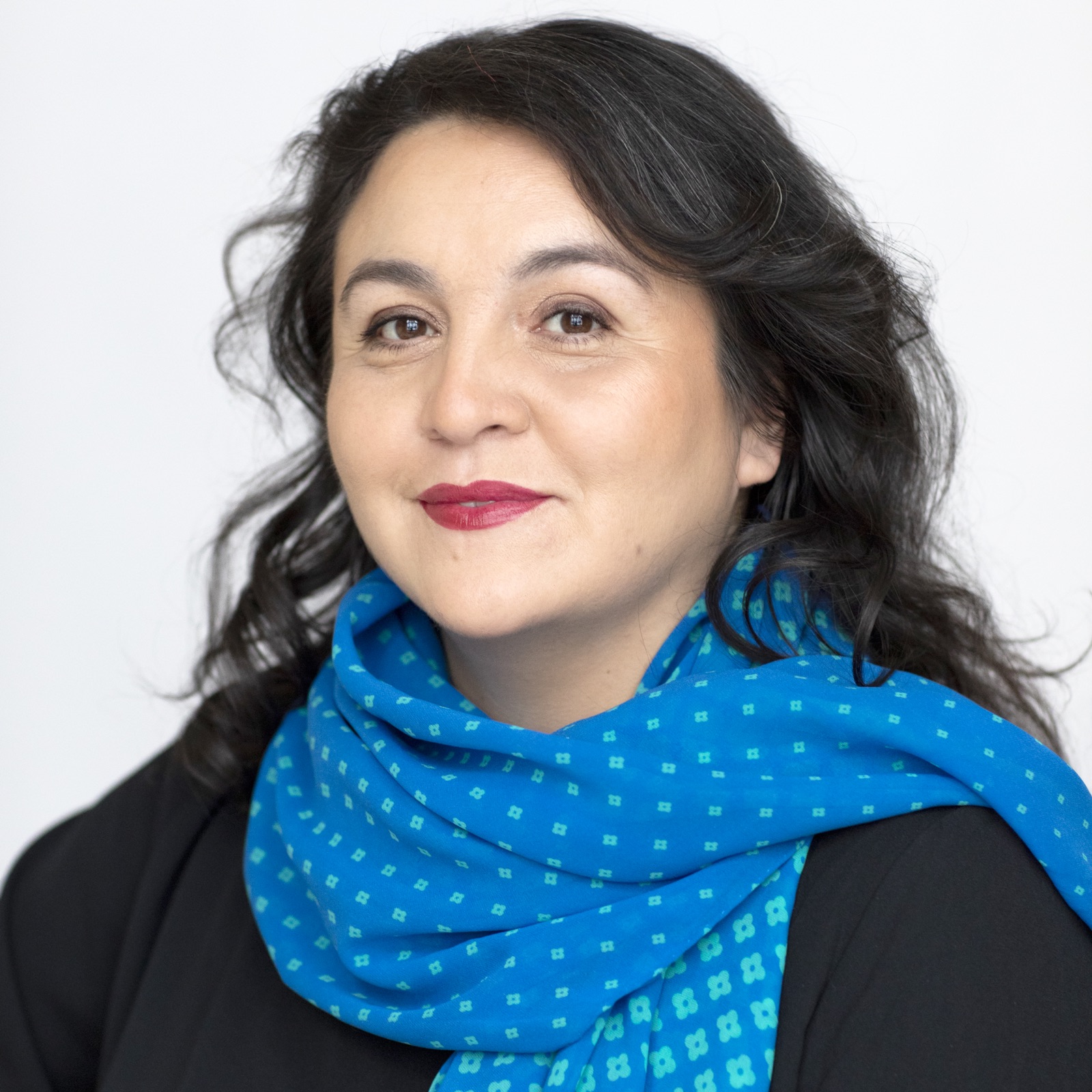 It was a concert of stars 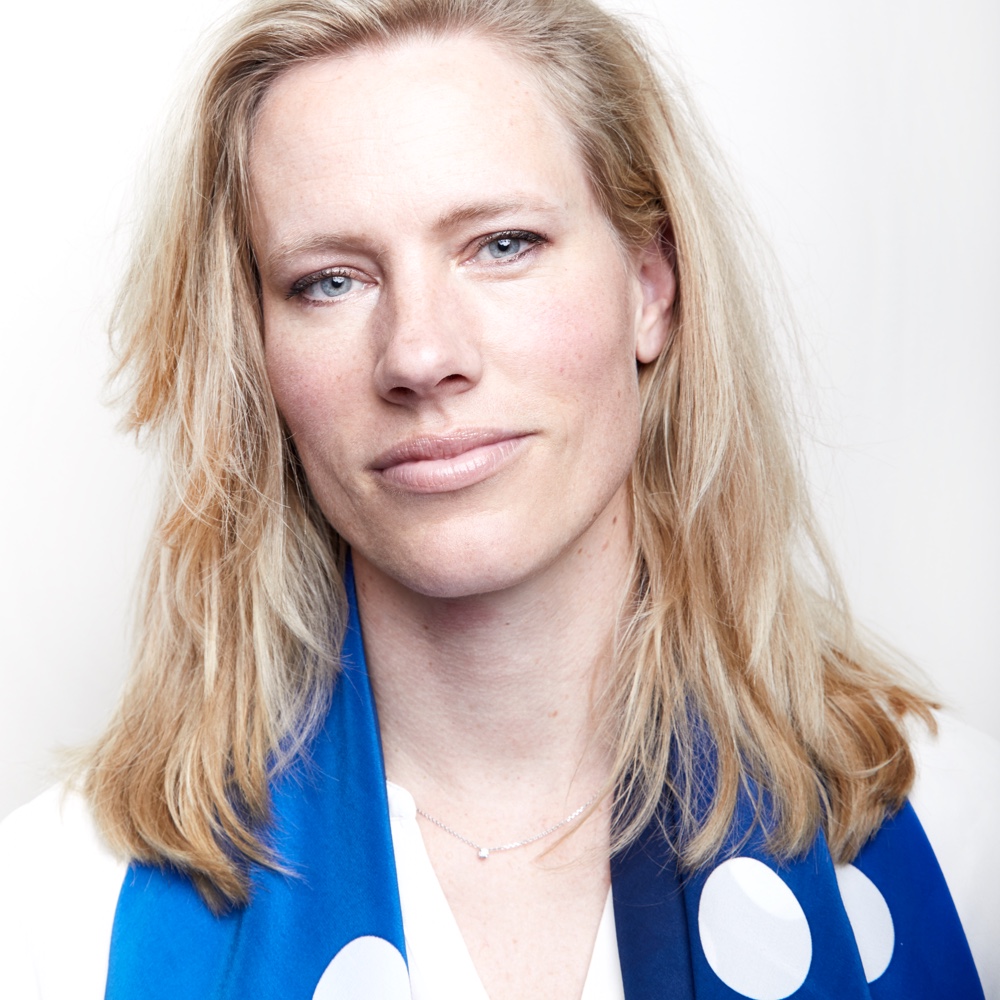 There is a narcotic effect that comes with tough news. 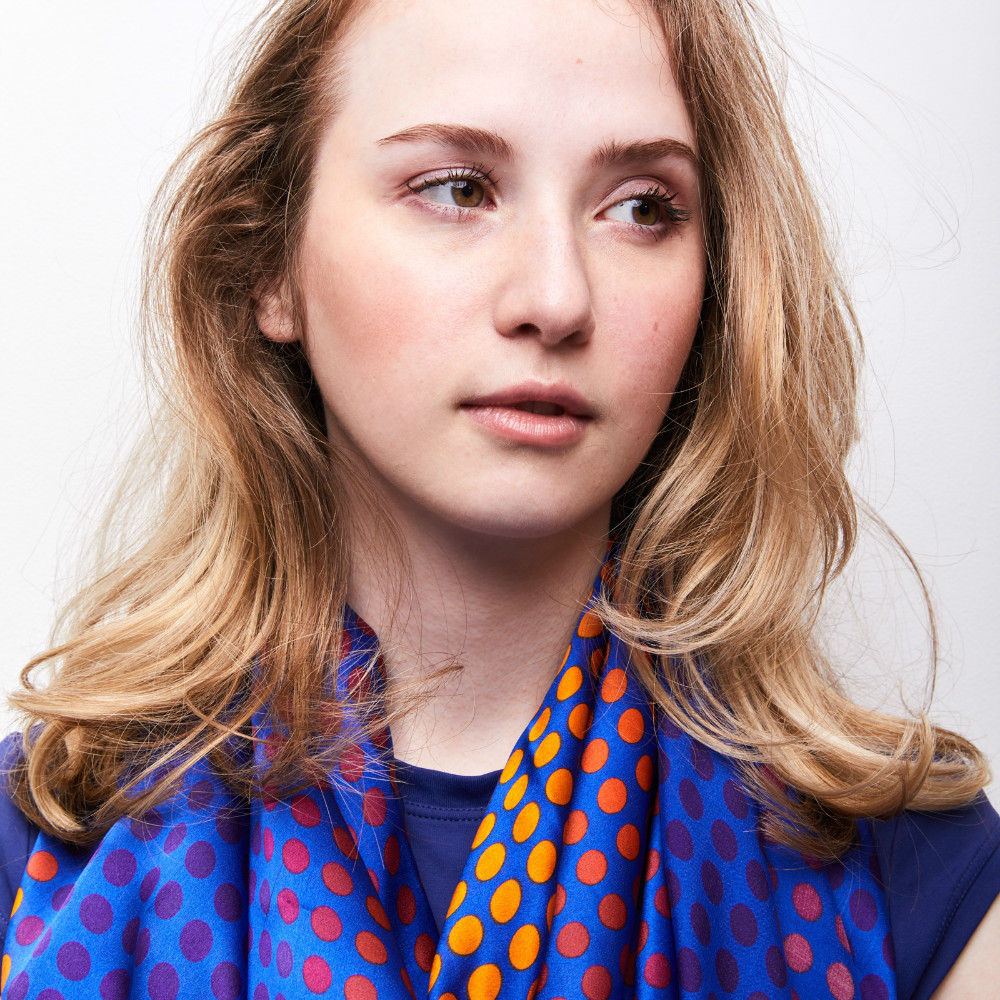 Music was an escape to me 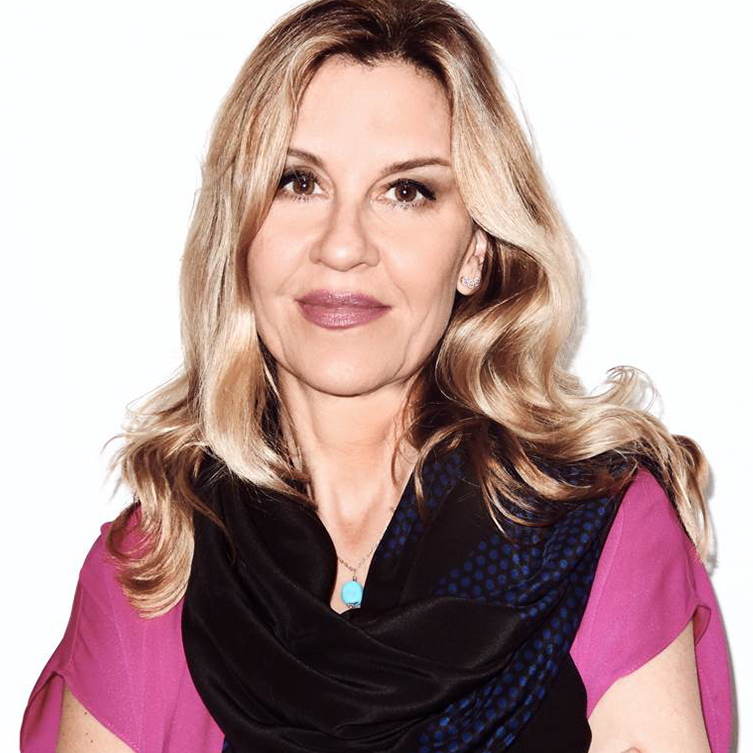 Greed has driven my family apart. 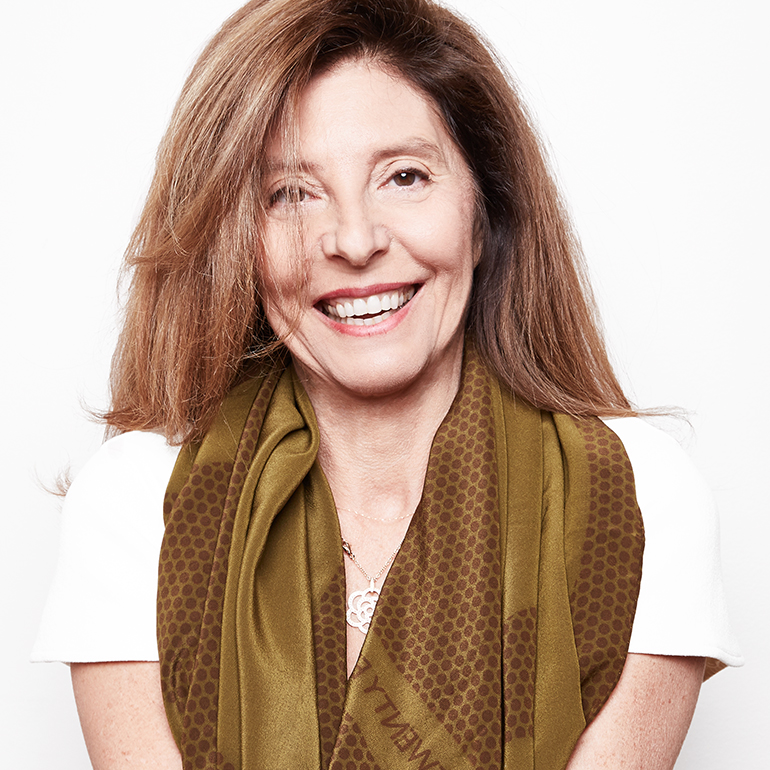 I wanted to see myself how dramatic the situation was. 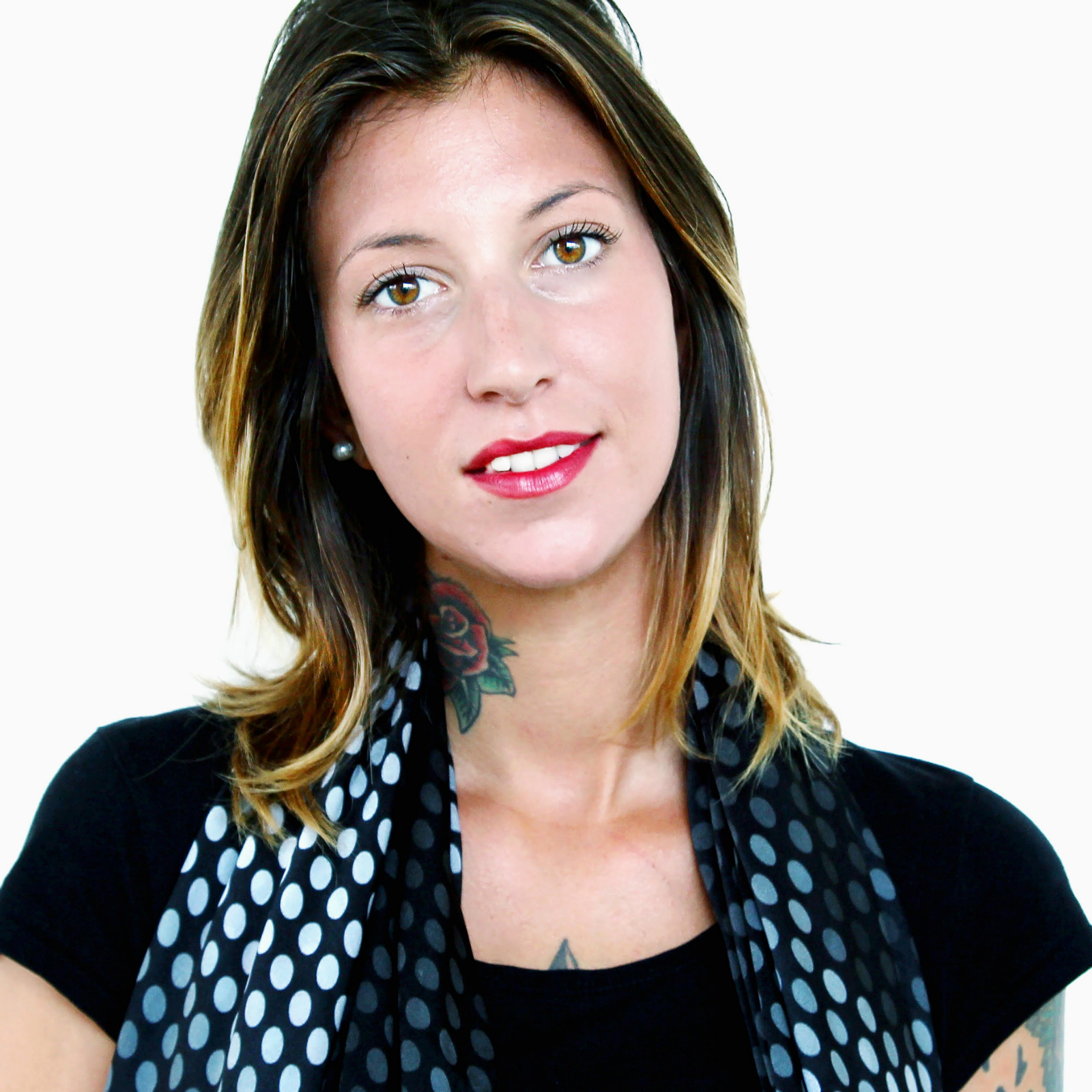 My mother left us when I was twelve years old. 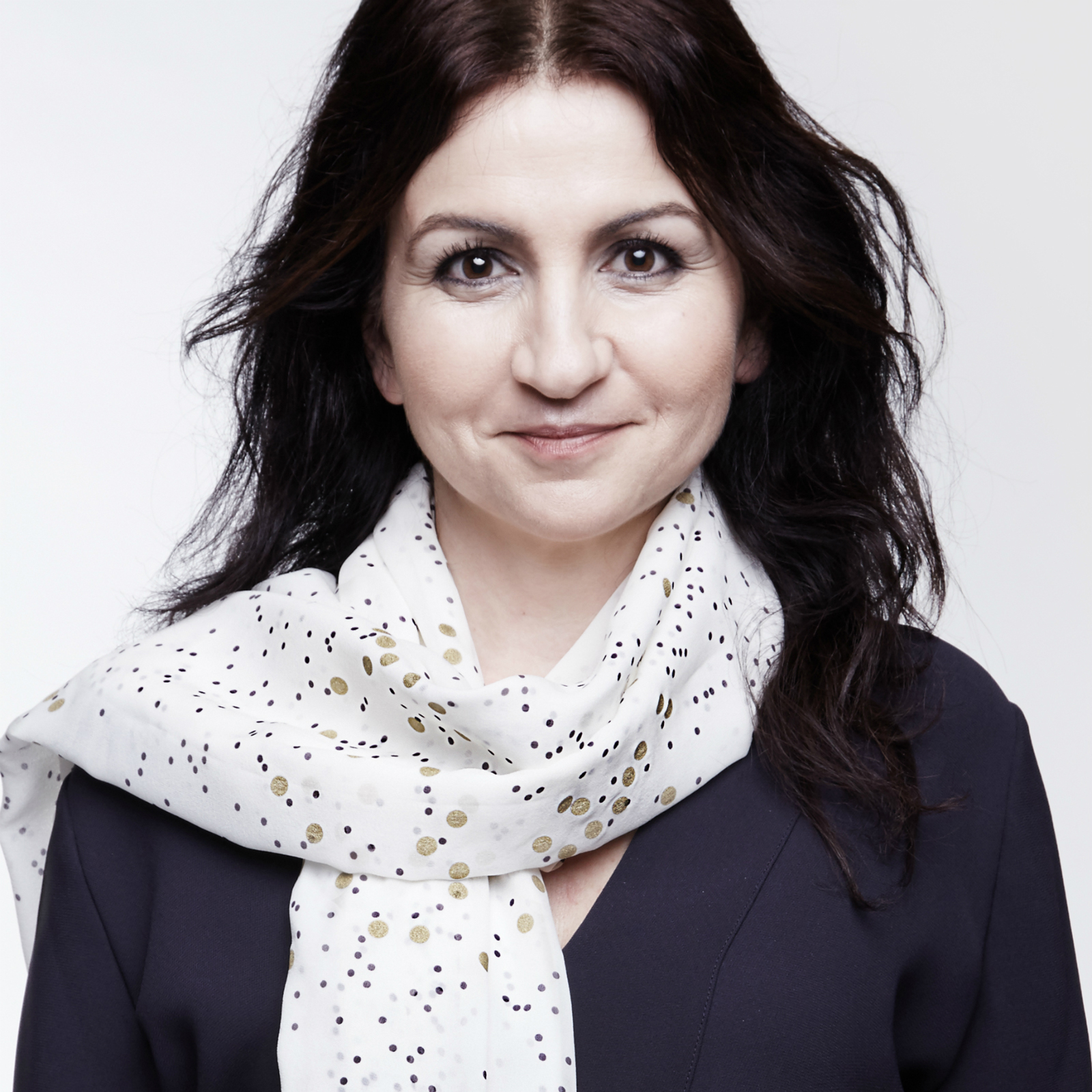 I have become more assertive, simply because I needed to 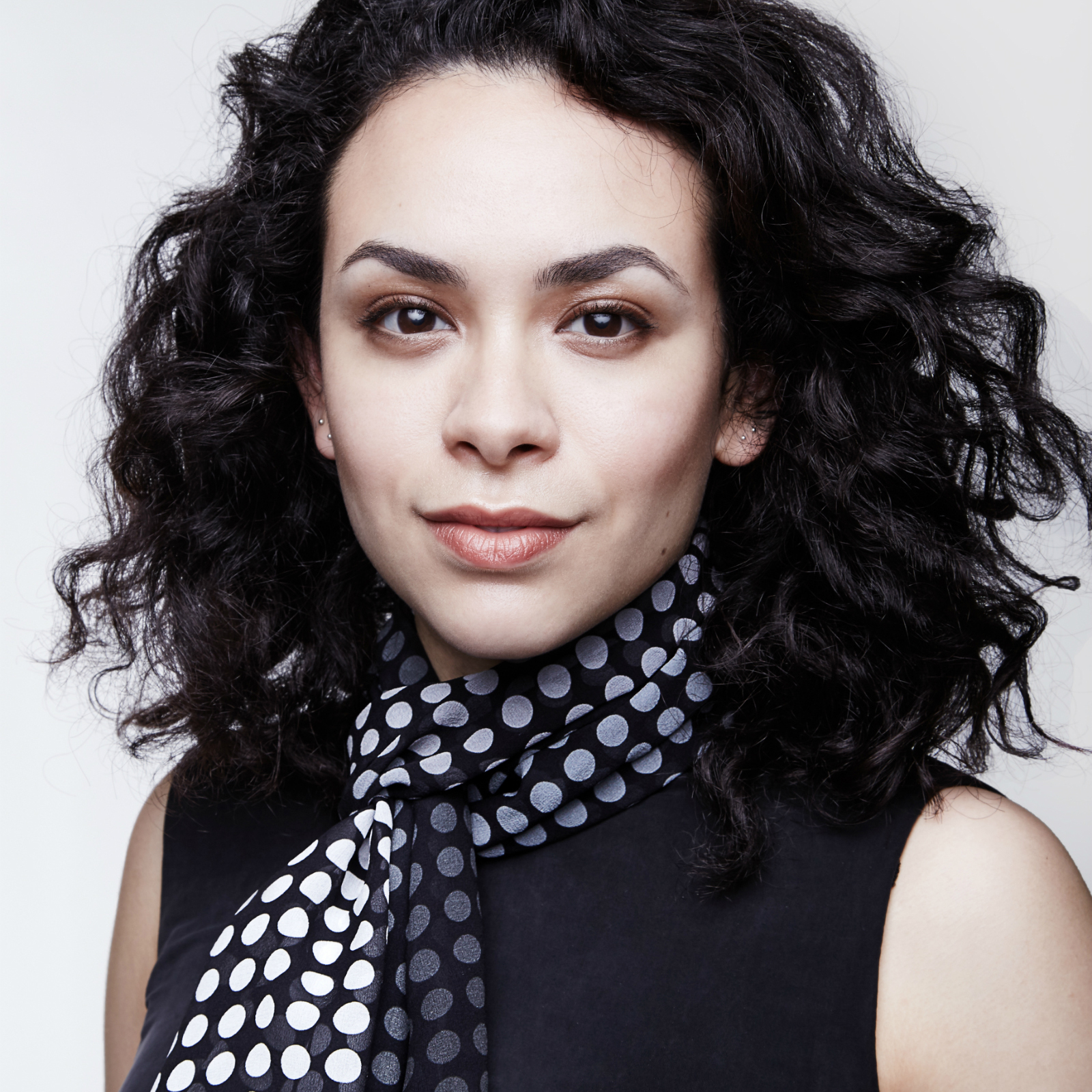 When people told me that I was different, I did not feel that that was a compliment 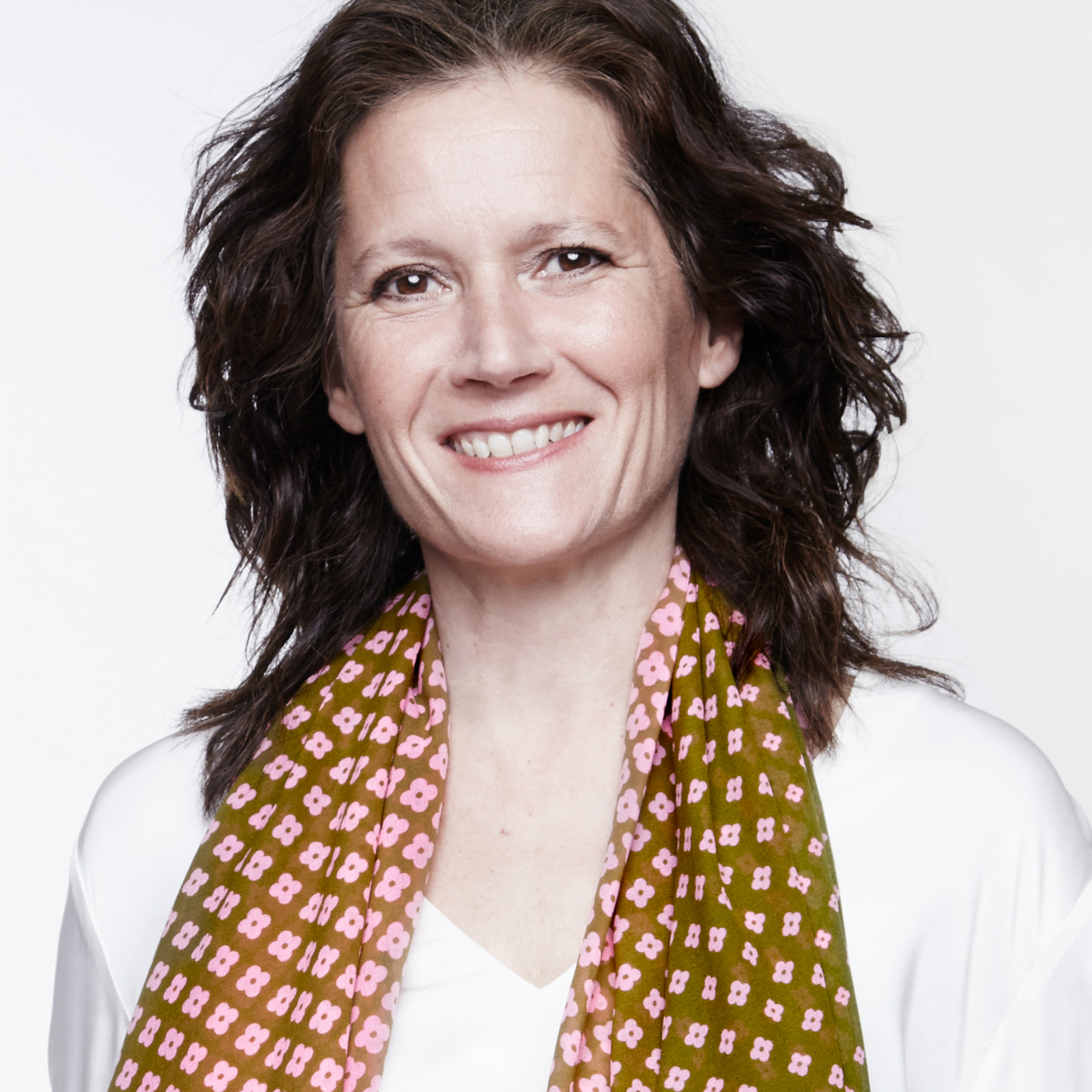 Cows still make me feel very much at peace 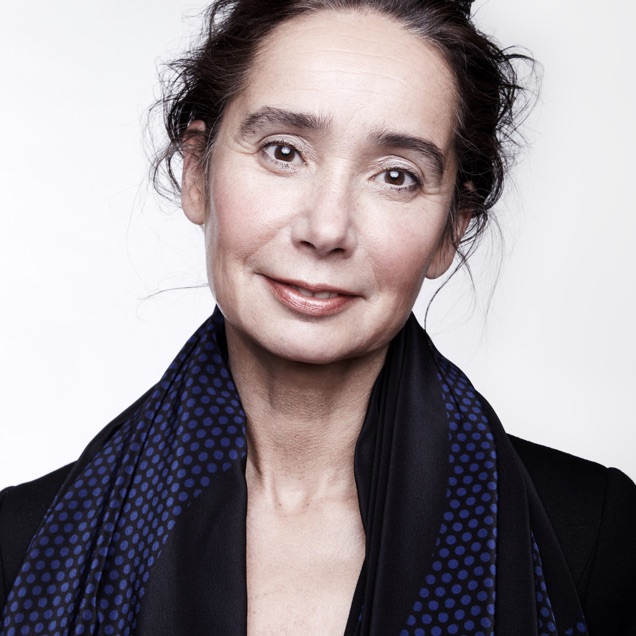